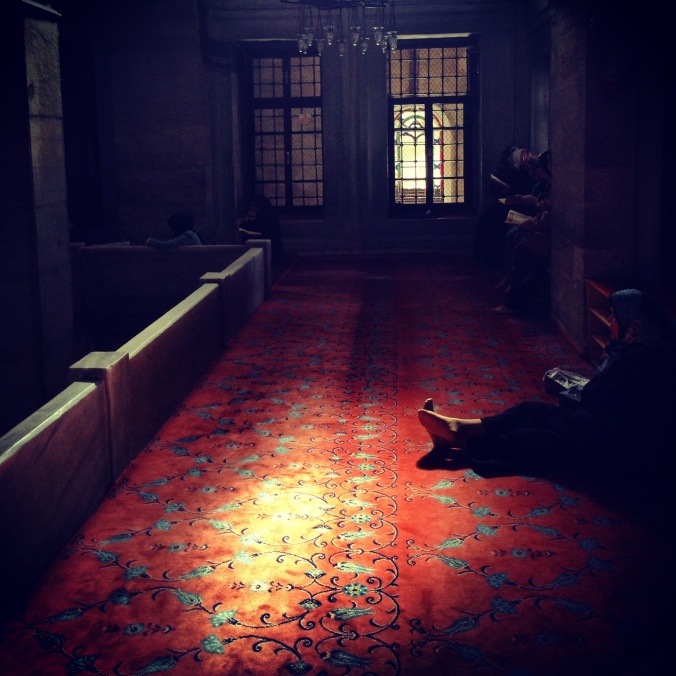 My friend Suha once told me that her favorite Arabic word is ghorba.

Not because it sounds particularly beautiful or is a word we use in everyday talk, but because of the weight it carries.

Even saying it is heavy.

It is a single, smooth word that takes too many sloppy English words to explain.

Alienation. Expatriation. Displacement. Being detached from your homeland. Having a home that is inaccessible to you.

Ghorba is an opportunity. A risk. An unforeseen consequence. A last resort. An imposition.

In this last QUWA session, we talked about ghorba. Alyaa* shared how guilty she felt being away from home; from her aging parents who had relied on her most. Ghorba is haunting. It distances and cools people in unexpected ways. When Alyaa* calls home to check on her parents, the conversations are short. Her mother doesn’t like keeping the phone line busy. What if they call and tell us where your brothers are? What if they call to tell us that they’ve found them or found their bodies? I am doing fine. Just take care of yourself. We need this phone line. It is a lifeline.

She feels like a traitor, she says. Why did she get to leave? Why just her and not the rest of her family? Should she have stayed? Would things maybe have gotten better if she had just been more patient? At least she would have been surrounded by her mother and father and those she loves, right? The women in the QUWA circle remind her that nothing would have been guaranteed had she stayed. They warn her of romanticizing what she escaped from. That her leaving may actually be better for her parents–they don’t have to worry about her the way they would have had she stayed in Syria. “Yet it may happen that you will hate a thing which is better for you; and it may happen that you will love a thing which is worse for you…” (Quran 2:216)

Alyaa* knows this. She knows she had to leave and she knows why she did. Her seven-year-old daughter experienced shelling over and over. One time, as they ran and sought shelter in a nearby bathroom, she saw the remains of a dead man. Until this day, her daughter cannot go to the bathroom alone. She says she still seems him. She knows the details of his face well. Every once in a while she asks her mom about him. Why did he die? Who killed him? Was he a regime supporter? Did he deserve to die? She is seven.

Basma* questions herself everyday. She also lives here alone now with her daughter. What does it mean to be disconnected from not only a house or your nuclear family but from a deep-seated, interconnected community that raised you and nourished you and fought you and supported you? What does it mean to lose all of that amid your burning desire for communion and partnership to make it through the worst of days and to celebrate the most thrilling of days?

Fayza* says she feels useless. She is overcome and fed-up with the idleness she experiences. She used to work. She was active and her day was busy. Now, there is no productivity in my day. The women tell Fayza* that her worth is not measured by how “productive” she is. Her significance is not determined by the capitalist scale that tells us you are what you do or you are what you produce or what you earn. If you spend the day taking care of yourself, doing what you love or learning something new–that is a win. If you spend the day supporting a sister in healing, helping her make a stride forward or growing a bond of love between you that was not there yesterday, that is worthy. Fayza* does these things regularly. She is worthy and constructive and valuable.

Um Jannat* says ghorba sucks because there’s nothing you can say to those you’ve left behind. She no longer wants to or is able to call her family in Aleppo. Her genuineness keeps her from practicing fluff conversations of the repeated “how are yous” and “inshallahs” that don’t really serve any purpose besides hearing each other’s voices for a few minutes. Now she just checks in from far away or through someone else–to make sure they are alive. What is there to say? Really, what is there to say? What on earth can you possibly offer to console or empathize when you know what the situation is? When you already know it worsened since the last time you spoke to them? What is there to say to a partner you left two years ago thinking you were saying goodbye to them for just two weeks? Um Jannat’s husband is in Syria. He fears leaving their house because that is all they have left. If they are all gone, and someone takes their house the way their neighbors’ homes have been taken, returning home one day will be impossible, even more impossible than it is right now.

Some women say ghorba is difficult but that as hard as it is, they won’t return until their home is liberated.

It moves me when people make ultimatums like “I’ll never return home until (insert XYZ wish) happens.” I wonder, do they do this because they really mean it? Or do they say that to feel more control over a situation in which they actually have no control? I think of my own baba, how he says this now about our homeland. He says he won’t return until it passes through this fascist stage–even if death strikes a relative. But the truth is, baba probably can’t return if he wanted to or tried to. And that’s so damn sad for someone who just a few years ago thought that his days of ghorba were numbered, and that الإنتماء–sweet belonging–was on its way.

Eid Mubarak. May we grow homes of forests inside us that can never be desecrated or destroyed. That can always rebuild and re-evolve.